Apex Clean Energy is an American renewable energy company based in Charlottesville, Virginia. We develop, construct, own, and operate wind and solar energy facilities across the country. Our team of over 350 employees has completed over 6,000 MW of projects that are either under construction or in operation—that’s enough energy to power over 2 million American homes annually. Our partners have included major utilities, large corporations like Steelcase or IKEA, and even the U.S. Army and Department of Defense.

Over the past few years, demand for renewable energy has grown dramatically. Consumers, utilities, and businesses with sustainability goals have played a large role in driving this demand. More than 200 companies worldwide have made commitments to go 100% renewable. In addition, the State of Michigan has set a goal for utilities to generate 15% of their electricity from renewable sources by 2021.

Because solar energy is clean, reliable, and affordable, it has earned the spot as the fastest-growing source of electricity in the world.

Solar panels themselves are completely silent. Certain pieces of equipment on a solar farm do emit sound. Transportation and maintenance equipment—including cars, trucks, lawnmowers, and string trimmers—is a common source of noise on solar farms that most people are used to hearing elsewhere.

In addition to these sources, inverters and transformers on a solar farm will generate low levels of sound during the day when the sun is shining. The impact of this sound is negligible because the equipment is strategically placed in the center of properties hundreds of feet from residences to allow the sound to naturally dissipate.

Because panels are often screened by trees and other plantings outside project fencing, the visibility of a solar farm to nearby residences is minimal. As development progresses and the project is designed, we will identify areas where the project may be visible and where additional setbacks or vegetative screening may be appropriate to minimize visibility.

How will the project impact farmland and local agriculture?

Solar farms act as a reliable, drought-resistant “crop” for local farmers. Access to such a consistent revenue stream in the face of uncertain commodity prices, input costs, trade policies, and weather patterns can help farmers stay in business, supporting the preservation of their farms and way of life.

Solar projects can also help prevent urban sprawl and ensure that agricultural land will not be lost to more permanent uses, such as residential development, which poses a far greater threat to farmland than solar energy does in many parts of the country.

Learn more about solar and agricultural land use here.

Will this project raise my power bills?

Azalia Solar will not raise local electricity prices. In fact, the cost of solar power has dropped by more than 89% since 2010 and is now one of the lowest-cost options for electricity generation.

When comparing unsubsidized, levelized costs of energy, utility-scale solar energy is comparable in price to wind energy and natural gas combined-cycle power, and it is significantly more cost-effective than coal or nuclear power. Solar power also has the benefit of producing electricity during the times of day when demand and power costs are the highest. On a midsummer afternoon, for example, when homes and businesses are running their air conditioners at full power, a solar facility is generating at full power as well, which helps close the gap between electricity supply and electricity demand. This has the effect of lowering electricity costs across the board. 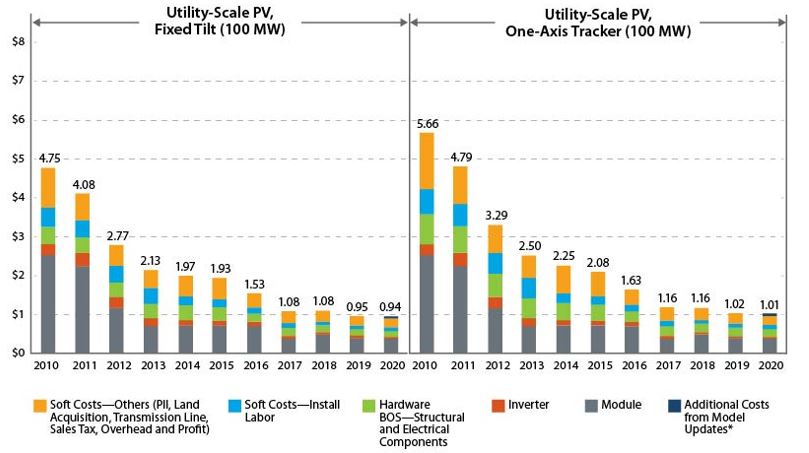 Where will the power generated from the project go?

The power from Azalia Solar will be delivered into the local Michigan electrical grid through available transmission lines in London Township, helping to diversify the state's energy portfolio. This is the same pool that supplies all Michigan consumers with electricity and power generated by the project can be used both locally and transmitted to where it is needed based on demand.

What happens if the solar farm goes out of use?

There are often concerns about what happens to a solar farm once it stops producing energy or if the owner goes out of business. As part of the permitting process, Apex must provide a complete detailed decommissioning plan that is funded by an irrevocable form of financial security to cover decommissioning costs. This ensures that money is always available to remove the solar farm if or when it is no longer operable.

What happens to solar panels at the end of their life?

At the end of a solar facility’s useful life, estimated to be about 30 years on average, panels can be removed and recycled. Recycling programs are being developed that are expected to recover about 90% of the materials used in the panels, much of which is glass. In fact, the International Renewable Energy Agency projects that the value of recovered materials could exceed $15 billion by 2050 and that the material recovered could be used to remanufacture two billion solar panels. The solar industry is actively developing new systems and protocols in anticipation of the future retirement of solar panels. These efforts include establishing uniform, cost-effective recycling practices (e.g., identifying vendors and service providers, aggregating end-of-life solar components, and streamlining and improving recycling processes).

What happens on cloudy days?

Did you know that solar panels still produce between 10% and 25% of their typical output even on a cloudy day? Fortunately, Monroe County has some of the highest levels of annual sunlight in all of Michigan, making it a cost-effective region for generating electricity from solar farms. Advanced tracking systems also enable solar panels to follow the sun throughout the day and maximize the amount of electricity generated. 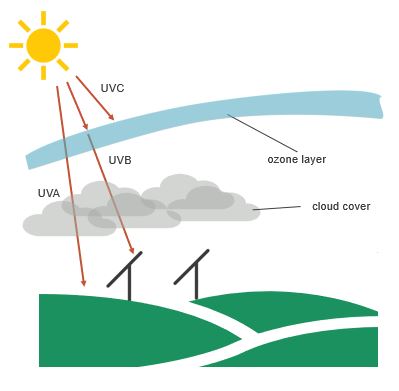 How will Azalia Solar generate energy in the winter? Will it be impacted by heavy snow or extreme cold?

You might be surprised to learn that sunny cold weather is actually an ideal condition for solar panels to perform optimally. On the other hand, extremely hot climates actually make solar panels less efficient.

As far as snow is concerned, a light dusting of snow has little impact on the panels and can be easily blown off by wind. Because panels are tilted at an angle, snow will also slide off of panels over time, cleaning the panel as it melts and slides off.

Interestingly enough, because of the reflectivity, or albedo effect, of snow, having snow on the ground near the panels can contribute towards them producing more electricity, with the smooth white surface reflecting light like a mirror. There are also bifacial modules that can allow a panel to generate electricity from both sides to take advantage of this reflected solar radiation. 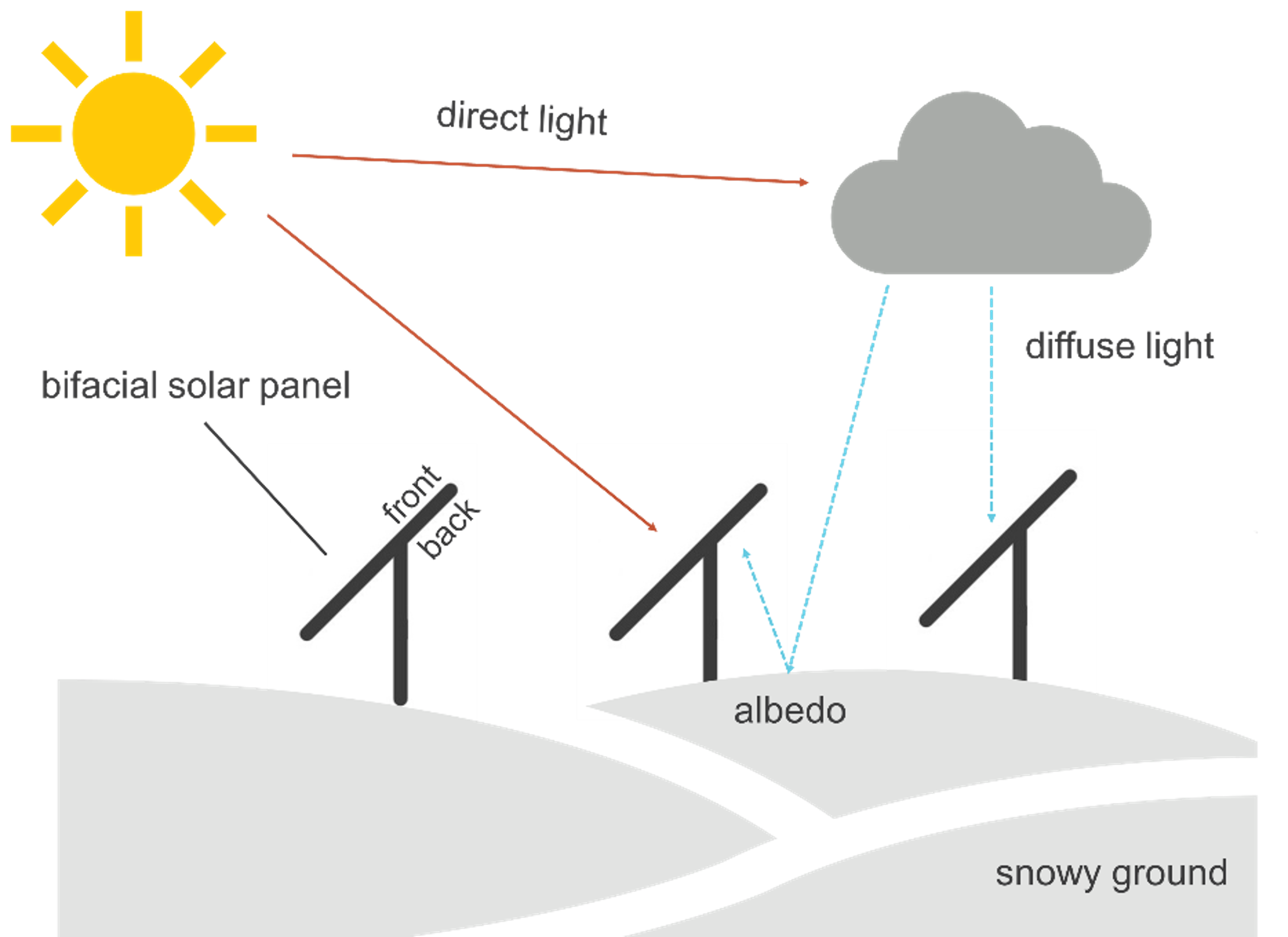 Will anything be placed on my property without my permission?

Project components will only be sited on private properties whose owners sign a lease agreement with Azalia Solar. All agreements are fully voluntary between landowners and the project.

What happens to neighboring property values?

Studies have also found that substantial benefits are flowing to communities where solar farms are located. A report by the University of North Carolina examined the economic impact of more than 100 solar projects in over 50 countries and found that solar facilities have increased the tax revenue from agricultural property by between 1,000% and 10,000%.

Solar panels have not been linked to any adverse human health issues. On the contrary, they have proved beneficial to human health by displacing the air pollution caused by fossil fuel electric generation, conserving clean water, and reducing the harmful impacts of climate change.

The North Carolina Clean Energy Center at North Carolina State University conducted an exhaustive study examining the fire, safety, and public health risks of utility-scale solar energy projects, including concerns regarding toxicity, electromagnetic fields, and electric shock potential. For each of these concerns, the study concluded that “the negative health and safety impacts of utility-scale PV development were shown to be negligible, while the public health and safety benefits of installing these facilities are significant and far outweigh any negative impacts.”

There are two primary types of solar PV panels currently available for utility-scale solar energy facilities, which use different semiconductor materials to generate electricity from the sun.

Crystalline silicon panels are currently the most common type of panel and is the type of panel planned for this project. These types of panels use a crystal lattice of silicon atoms to convert sunlight into electricity. Silicon is the second most abundant material on Earth (after oxygen) and the most common semiconductor used in computer chips. It is nontoxic. (Source: U.S. Department of Energy, “Solar Voltaic Cell Basics.” https://www.energy.gov/
eere/solar/articles/solar-photovoltaic-cell-basics.)

The other primary type of solar panel technology used today is called thin-film technology. Thin-film panels use cadmium telluride (CdTe) as the semiconductor material. Thin-film solar panels are made by painting exceptionally thin layers of CdTe (about 3% of the thickness of a human hair) on glass, and then sandwiching the material under another layer of glass. CdTe is a stable crystalline compound formed from cadmium
and tellurium. It behaves very differently than cadmium alone or other cadmium-based compounds. It is chemically stable, insoluble in water, and it has an extremely high melting point (1,906°F) and boiling point (1,922°F). All of these factors make it highly unlikely that cadmium will ever escape the panel. Furthermore, the vapor pressure of CdTe at ambient conditions is zero, so it is impossible for any vapors or dust to be generated when using CdTe PV modules.

Finally, there is simply so little CdTe in thin-film panels that even in modeled worst-case scenarios, the amount of cadmium that could theoretically leach into the soil from a thin-film solar energy facility would be far lower than the nation’s strictest health screening values and 400-6,000 times lower than the amount of cadmium that regularly leaches from common phosphate fertilizers used regularly by American farmers. To date, more than 50 peer reviewed papers from leading institutions around the world have confirmed the safety of CdTe solar technology during normal operation, fires, module breakage, and end-of-life recycling and disposal.

Can solar panels affect my health?

Unlike other energy sources, solar energy does not produce emissions that may cause negative health effects or other environmental damage. Solar farms produce lower electromagnetic field exposure than most household appliances, such as TVs and cell phones, and numerous studies have concluded that solar panels are not linked to any adverse human health issues. On the contrary, they have proved beneﬁcial to human health by displacing the air pollution caused by fossil fuel electric generation, conserving clean water, and reducing the harmful impacts of climate change.

An extensive North Carolina State University study examining the ﬁre, safety, and public health risks of utility-scale solar energy projects, including concerns regarding toxicity, electromagnetic ﬁelds, and electric shock potential, concluded that “the negative health and safety impacts of utility-scale PV development were shown to be negligible, while the public health and safety beneﬁts of installing these facilities are signiﬁcant and far outweigh any negative impacts.”

Fires caused by solar equipment are rare and only occur if an improper connection or other electrical fire hazard is present. The majority (over three-quarters) of each solar panel’s weight is composed of nonflammable protective glass. Only a small portion of the panels’ materi­als are flammable, which prevents them from self-sustaining a significant fire.

In most circumstances, good system design, product selection, and installation procedures are enough to minimize the risk of fire to the greatest extent possible. These concerns are further addressed by product safety standards, National Electric Code provisions, and inspec­tions that take place prior to solar facility energization. Apex Clean Energy will also consult with local first responders to ensure they have the training, facility information, and equipment needed to respond in the unlikely event of a fire within the facility.